I walk again, a god among mere mortals
- Avatar of Khaine

The Witchblade is Back! 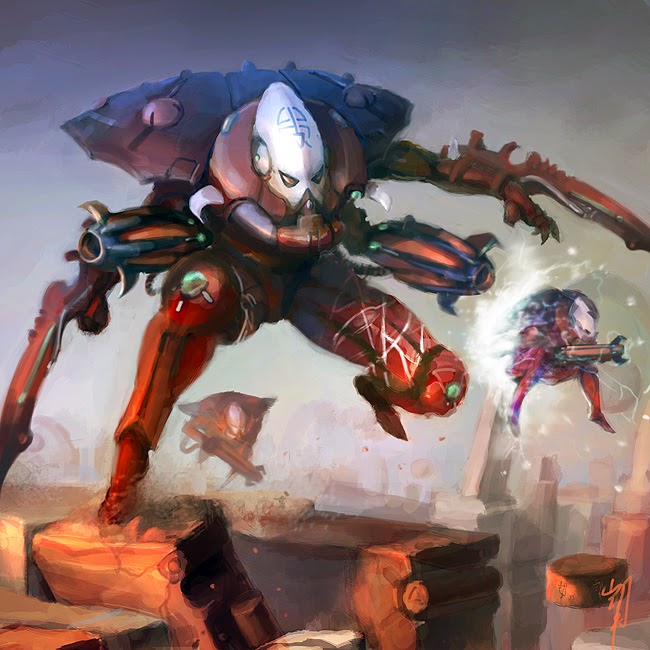 Wow the last post was December last year, sorry about that folks. Well it's been a busy last 8 months or so and the hobby really took a back foot in my life but i'm glad to say i'm back into it now. It's been quite a stressful time lately but now I have my new house and can finally sit down and start painting and maybe take a deep breath :)

Firstly, whats the current state of my Saim Hann army? Well I have a long list of models to paint and I got started on this last weekend. I have 35 Guardians on my painting table at the moment which I hope to mostly get done this week or early next week. This will then be followed by 20 Dire Avengers. For the medium term I have retired the Jetbike horde but they will certainly make an appearance in my new list's from time to time but rarely will I field a full Jetbike army.

I have found that foot Eldar armies are just so much fun. They pack such a wallop and with so many bodies on the table it's kind of like playing an Ork army, just with less emphasis on rage and blood-lust and more on shiny spirit gems and razor sharp Molecular flying discs! The thing with my Jetbike army is that it either suffered a heavy loss or on another day it absolutely smashed my opponent but with this foot based army I am playing it lends for much closer games and that's much more fun for me and my opponent.

I have designed my list on a very strong offence with multiple threats backed up by some long ranged heavy weapon defense that can hold back field objectives. 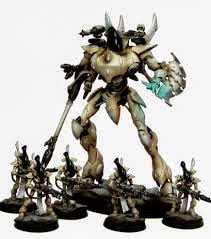 I will keep you all up to date on my progress with painting the new army. I have a few pictures from my painting over the weekend which I will stick up after i get some progress done. Once the army is painted I will play a few games and post up some video battle reports along with some tactica. Also I hope you enjoyed some of the pictures of models in this article which of course weren't painted by me but many of the wonderful talented painters we all admire and follow. Particular favourite of mine is the picture just to the right from Thirdeyenuke from the Tale of Painters blog which you can find linked on my site.

Glad to be back!

I know the voices in my head aren't real.... but sometimes their ideas are just awesome!